NEXUS connects learning to life and all subjects to a common core. Our Common Core aligned, interdisciplinary books teach and inspire students to link, think and achieve.

“All Nexus volumes emphasize the critical skills and analogical thinking that are crucial for success on the SAT.” – THE COLLEGE BOARD 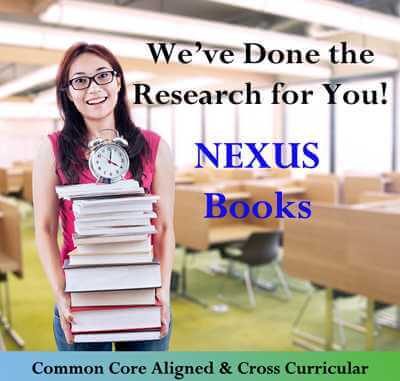 A Student Resource That’s a Teacher Resource Too!

“We’ve had very successful experiences with NEXUS.  The presentation is accessible to advanced and to regular students.  It is an excellent compilation of materials. I THINK THESE BOOKS ARE ABSOLUTE TREASURES, JUST REMARKABLE. For a single teacher especially, it just pulls everything together. THE BOOK CAN TAKE THE PLACE OF A TEAM OF TEACHERS.” – Susan Neun, English Chair

“Kids who are harder to engage enjoy the visuals and the real-world applications.  Overall each volume provides research that any teacher would love to do, but doesn’t have the time to do, and the fact that NEXUS does it for us is very valuable.” – Marti Koller, English teacher 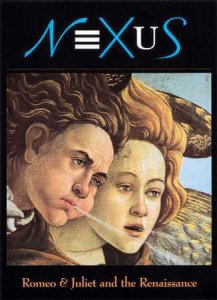 “NEXUS IS ONE OF THE BEST THINGS I’VE EVER SEEN.  You’ve done an exceptional job with Romeo and Juliet and the Renaissance.” – Dr. Paulette Goll, English Chair

“I really think Romeo & Juliet and the Renaissance is superb, and the students enjoy it too.” – Marjorie MacKeown, English Teacher

“The materials in this title, wide in scope but nicely detailed, are valuable to any teacher.” 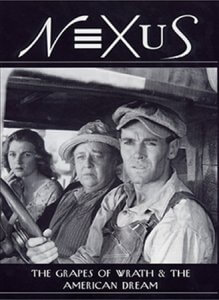 “The exercises in this exhilarating volume [The Grapes of Wrath & the American Dream] focus on observation skills; theme, variation, and repetition in the novel; period music, and art. Its 11 chapters reveal the social production of art in action by showing the interpenetration of all the arts—painting, music, film, journalism, theater, and novels—to produce social change. A SURE-FIRE HIT WITH STUDENTS.”

“The NEXUS Integrated Curriculum Unit series does the research for teachers who want to present major literary works in an interdisciplinary context. Built around periods rather than themes, each is a beautifully produced glossy magazine that links the text to the period’s history, music, art, theater, and science to provide additional entry points into literature. Supplements and team-teaching guidelines suggest activities and additional readings in each discipline… ALL NEXUS VOLUMES EMPHASIZE THE CRITICAL SKILLS AND ANALOGICAL THINKING THAT ARE CRUCIAL FOR SUCCESS ON THE SAT EXAM.” 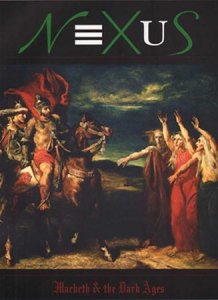 “The wonderfully rich historical background in the Macbeth volume—colorful anecdotes & clear, conversational accounts of family ties, political motives, events, & phenomena — WILL DEFINITELY ENHANCE STUDENTS’ STUDY OF THE PLAY.  The illustrations for the 14 short sections (one to three pages) of this volume are stunning: maps, production photos, beautiful reproductions of tapestries, and manuscript illuminations.”

“NEXUS is a visually exciting, reader friendly magazine with articles contributed by nationally known experts in their fields.  Crisp scholarship, challenging activities, and teacher supplements make learning entertaining and challenging.  NEXUS brings the past to life by using a lively writing style and colorful or intriguing anecdotes, and by highlighting the “story” in history.” 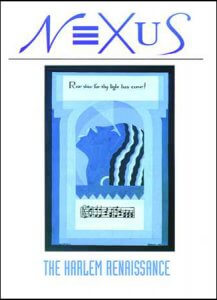 “I HAVEN’T SEEN ANY BETTER MATERIAL FOR CONNECTING THE CURRICULUM, especially world literature and world history—and I have a lot of experience connecting the curriculum.  In one instance, for example, my kids did their research topics on the artists and poets of the Harlem Renaissance and they created mini-documentaries on the artists or poets using the NEXUS materials.  It went extremely well.  You can see the editor has really done his research.  His love of the material really shows.” – Michael W. Bergen, Communications Arts Chair

“’Songs of the Seventh Son’ is one of many thoughtful chapters in The Harlem Renaissance volume of NEXUS. Each volume…is a hybrid of a well-written interdisciplinary textbook and a lively, attractive magazine….” 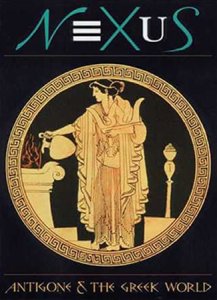 TEMPO, Journal of the Texas Association for the Gifted and Talented

“With an impressive group of contributors and consultants, Publisher/Editor Jesse Bryant Wilder has put together A STUNNING SET OF CHALLENGING MATERIALS that will PROVIDE OUTSTANDING LEARNING EXPERIENCES FOR SECONDARY STUDENTS.”

Gene Maeroff, founding Director of the Hechinger Institute on Education and the Media, Columbia Teachers College, former national education correspondent for the New York Times, and former Senior Fellow for the Carnegie Foundation for the Advancement of Teaching

“NEXUS IS A REMARKABLE PUBLICATION, one of the best of its kind for promoting interdisciplinary work by students.  Each volume reflects careful research and is filled with information that both engages students and advances their understanding of how the disciplines complement each other.” 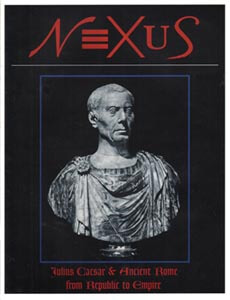 “Four pages expand on Cicero’s assessment of the emperor as a man who, ‘by a mixture of intimidation and indulgence…inculcated in a free community the habit of servitude.’ This chapter draws on compelling details from Sallust, Appian, Dio Cassius, and Plutarch to illustrate Caesar’s brilliance as well as his deviousness. A subsection on Caesar’s self-confidence and his vanity sums up his contradictions smartly, concluding where Shakespeare’s play begins.” –

BLOOD OF THE REPUBLIC, BATTLE OF PHILIPPI (with Common Core exercises)

“An exciting narrative re-enactment of the battle, based on ancient accounts and modern scholarship, elucidates Act V of Shakespeare’s play.”

BRUTUS, THE NOBLEST ROMAN – An Object Lesson in Liberty

“This section looks at the relationship between Caesar and Brutus, the character and Republicanism of Brutus and Antony, and the establishment of the Republic, with generous quotations from Shakespeare’s play.”

“From Cicero’s Philippics, this section explores the realignment of principal players: Cicero’s loyalty to Caesar’s heir, Octavius, against Antony; resistance of Antony and of Brutus; the cycle of revenge; and Antony and Cleopatra. Points out some differences between historical accounts and Shakespeare’s play.”

LESSON IN ROMAN ART: REALITY OR MIRAGE (with critical thinking exercises embedded in the text)

“Examines the gladiators, arenas, and the political function of the games, with reference to the film Gladiator and a supplement on Spartacus.”

“Looks at the physics and math of the catapult, including how to extract cube roots using calipers and calculate firing distances based on the weight of armatures. Also includes a supplement on Roman solar heating.” 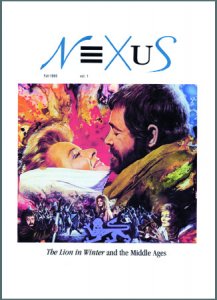 “Chapters in The Lion in Winter & the Middle Ages volume of NEXUS provide any creative teacher with a cornucopia of ideas from which to draw lessons that cross the lines that usually separate subjects.” – Gene Maeroff, former National Education Correspondent for the New York Times and former Senior Fellow of the Carnegie Foundation for the Advancement of Teaching

“NEXUS serves as a powerful interdisciplinary resource for teachers by saving them a lot of legwork.”

“The layout is beautiful, using art work, photography and fonts that are well-designed and very pleasing. The style of writing is clear and easy to understand, defining terms that might not be readily understood by students.

These magazines include articles on a wide array of subjects, allowing you to introduce many aspects of an historical time period without having to research the introductory information; it has all been done for you.

There is much to recommend these magazines to a homeschool family. They include a tremendous amount of information. They are beautifully designed, and offer interviews, pictures, and other details that would take hours and hours of research to compile.

The NEXUS book’s ability to cross over into many disciplines and address not just normal history topics, the Crusades or historical biographies, but also mathematics, science, physics, music, arts, medicine, architecture, etc. It is rare for academic supplementary resources to be able to pull this off with style, but the NEXUS books succeed.

A NEXUS book is a fabulous choice for a supplementary resource. The chapters are rife with interesting information and the multidisciplinary offerings are well worth the price of the magazine in that they give period information across a variety of subjects, which is difficult to find elsewhere.”