NEXUS BOOKS CONNECT LEARNING to LIFE and ALL SUBJECTS to a COMMON CORE. Our Common Core aligned, interdisciplinary books teach and inspire students to link, think and achieve.

NEXUS MEANS CONNECTION, LINKING and THINKING – NEXUS provides the linking that motivates students to think for themselves.

“All NEXUS volumes emphasize the critical skills and analogical thinking that are crucial for success on the SAT.” – THE COLLEGE BOARD

Teacher Resources that Save You Time and Energy 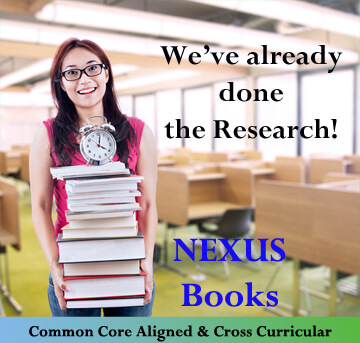 CCSS and Cross-Curricular Lesson Plans: A Student Resource That’s a Teacher Resource Too!

All NEXUS chapters, as well as the activities, projects and lessons in the NEXUS Guidelines, are aligned to Common Core Standards. The Books’ pages of our website list the standards that each chapter satisfies.

Finding free time for interdisciplinary research and to write cross-curricular lesson plans is among the greatest challenges of integrating the curriculum. Our research teams and university specialists save you hundreds of hours by linking the curriculum for you.

Overall each volume provides research that any teacher would love to do, but doesn’t have the time to do, and the fact that NEXUS does it for us is very valuable. — Marti Koller, English teacher, Baldwin-Woodville High School, Baldwin, WI

I think these books are absolute treasures, just remarkable. For a single teacher especially, it just pulls everything together. The magazine can take the place of a team of teachers. — Susan Neun, English Chair, Lahser High School, Bloomfield Hills School District, Bloomfield Hills, MI 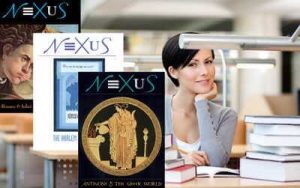 FREE and FEE lesson plans in literature, history and art under the LESSON PLANS menu. More lessons are being added continually. If you don’t find what you’re looking for, check back in a month or two. Each volume of NEXUS also includes outstanding SUPPLEMENTS, for example, Antigone and the Greek World includes “The Three Kings of Drama,” “Keats’s Greek Odes” (Ode on a Grecian Urn and Ode to Psyche), “Aristotle Meets The Wizard of Oz” (A Creative Writing Lesson that teaches students key ideas about drama by applying Aristotle’s Poetics to The Wizard of Oz), “Athens’ Hubris” (which examines a critical period of the Peloponnesian War), “Euripides’ Great Anti-war Play, The Trojan Women,” and “Dramatic Dance” (which explores the choreography of Greek plays by referring to  vase painting and using the lyrics and rhythm of the strophes and antistrophes in the plays). 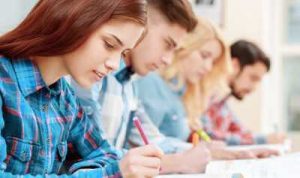 – Downloadable Quizzes and Tests in the NEXUS Store

Need to write a pop quiz in a pinch? You can download one from the NEXUS Store before the bell rings (coming soon).

Student Resources that Not Only Engage, but Inspire 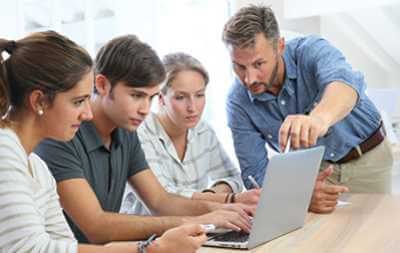 NEXUS booklets are the exciting alternative to the dry, bulky textbook. A dry presentation guarantees a dry reception and poor absorption of the learning material. Preview our inspiring texts: Romeo and Juliet and the Renaissance, Macbeth and the Dark Ages, Julius Caesar and Ancient Rome, from Republic to Empire, Antigone and the Greek World, The Harlem Renaissance, The Grapes of Wrath and the American Dream, and The Lion in Winter and the Middle Ages. You may also read about them under the SUBJECTS menu, for example in Literature , History, and Art. 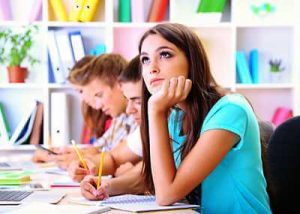 When inspired to learn, students work harder and retain more.

NEXUS engages students with anecdotes and stirring stories gleaned from primary sources and by linking learning to real life and all subjects to one another.  NEXUS exercises cross-curriculum thinking skills like analogical thinking (including metaphor and contrast) and pattern recognition and emphasizes caring over competition. NEXUS is helping to transform American schools into safe, stimulating environments where authentic learning flourishes. 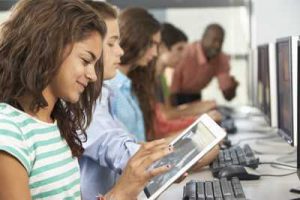 In the online SHAKESPEARE STUDY HALL (Coming in the Spring of 2020) students explicate Shakespeare’s figurative language using graphic tools that help them to identify antithesis, parallelism, oxymoron, etc. The language is made clear and entertaining with cartoons that SHOW what Shakespeare SAYS. 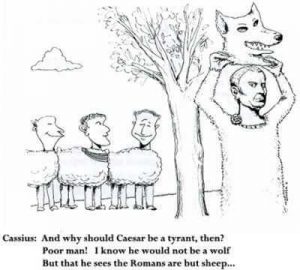 The SSH is divided into three rooms – brain workout rooms: 1) the Romeo and Juliet Room; 2) the Macbeth Room; and 3) the Julius Caesar Room. Each year students’ facility with Shakespeare’s figurative language will greatly improve as they advance to the higher numbered rooms and tackle increasingly challenging exercises – or mental aerobics. As students acquire mastery over Shakespeare’s language, their reading and critical thinking skills will dramatically improve in literature and all other subjects. 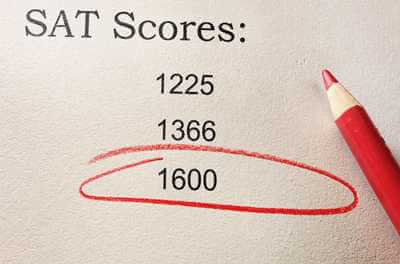